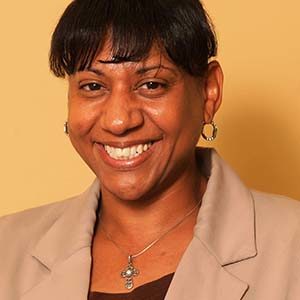 Angela Woodson is the founder of GELIC GROUP and GROUND UP Strategy LLC. Formally the Director of Outreach for the Ohio Governor’s Office of Faith-based Initiatives. She’s been a professional in State and County government for nearly two decades. Angela in addition to her professional work, she has been a grassroots organizer for over two decades. She has worked with Ohio Prophetic Voices, Labor, and Coalition for a Better Life, PICO and still continues to advise/facilitates many organizations with their visions for justice. In 2004, she co-chaired the National Hip-Hop Political Convention, which brought together over 4000 young activists to create and implement a national political agenda for the hip-hop generation. Over the years, she has worked on campaigns for national, state, and local elections. In addition she serves on numerous Boards and Commissions. Angela has worked with faith community in civic and social justice engagement for over 20 years.

She is featured in numerous articles, books and interviews for her views on street justice, the young pulse of politics around the country. She continues to do training on Moral Outrage, Understanding the Pathway to Power, and Ground Zero-building your movement up. Additionally, Woodson is the co-founder of B.U.I.L.D. (Blacks United in Local Democracy), a political action committee, designed to help embrace young people who wish to run for political office. Angela is one of the founders of the Greater Cleveland Voter Alliance an on the ground Black Civic Engagement arm that has worked in Black Neighborhoods for 10 years and is under the Ohio Unity Umbrella/ The National Coalition of Black Civic Participation. She is the Co-Convener for the Black Women’s Roundtable Ohio Chapter.

She is the State Political Action Chair and Board Member to the NAACP Ohio Conference and serves on the Executive Board Chair the Cleveland Branch. Currently, Angela is serving as Senior Advisor to the Mayor-Elect Justin Bibb Transition Team in Cleveland, Ohio. She is continuing, to fight for everyone’s right to vote.