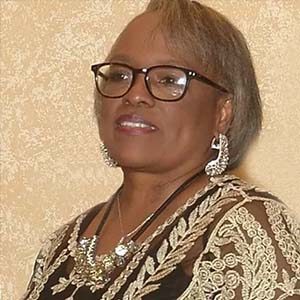 President Denise D. Williams retired from Wright Patterson AFB (WPAFB)  March 2010 with Honors after 30 plus years of service. She has two children  Alaina M. Leonard and Richard E. Quick, Jr; three grandchildren Adriana  Diane, Allmony Daniel and Malkiah and one great granddaughter who is  very special to her Ashanti Diane.

After retirement from WPAFB President Williams wanted to start her own  Mediation Business but God had another plan for her. After meeting with her Pastor of St  John Missionary Baptist Church, she wanted the Pastor to bless her business but instead  she left his office agreeing to run for President of the Springfield OH NAACP.  2013 She was elected with only two members herself and her best friend Ms. Diane Sanders  of Columbus OH.

Seven years later, she has bridged the divide of injustice, she has grown the membership to  over 100 members; she has built relationships with the Sheriff and Police Departments; she  was essential in calling for a cease fire among two gang members; and the list goes on. Just recently President Williams has calibrated with Center City Studio and developed a  Recording Academy for at Risk Kids of Springfield.  “You Cannot stop violence with violence; you cannot conquer discrimination by  discriminating!! Let become a “ONE COMMUNITY”