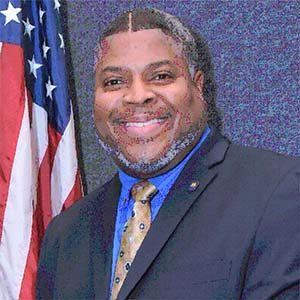 Dr. Derrick Lee Foward, a native of Dayton, Ohio, has been a successful businessman in the community for more than 30 years. He recently retired from Speedway LLC with more than 28 years of service. Dr. Foward has also been a strong advocate for Civil and Human Rights for more than 17 years locally, statewide and nationally with the National Association for the Advancement of Colored People (NAACP).

Under his leadership as President of the Dayton Unit NAACP, the organization adopted the vision that the Lord laid upon his heart back on April 25, 2006, as its organization’s vision, which is to “Fulfill the Dream of the Civil Rights Act of 1964 by capitalizing on the 2nd “A” of the NAACP, which stands for Advancement.

Dr. Foward provided the Dayton Unit NAACP with 3 strategic goals which are to better Inform the community on what the NAACP is doing. To proactively Educate the community on issues that affects all Americans. Once you have informed and educated the community on issues that affect all Americans, this will ultimately Empower more of us to become Entrepreneurs; Educators; Community Leaders; and Corporate Leaders and it will also empower us to make better well-informed decisions on the daily journey that we call life. The Dayton Unit NAACP adopted these 3 strategic goals to lead us into the 21st Century which will ultimately lead to Advancement. As a result, the organization has over 5,540 online activists following their work.

Dr. Foward implemented a Proactive Civil Rights Agenda through monthly Educational Community-Base Workshops and Seminars to educate Citizens on the front-end of Civil Rights Issues. As a result, the organization has educated over 6,100 citizens on various Civil and Human Rights topics and have investigated over 2,075 Civil and Human Rights cases. More than 300 citizens have become fully-paid life members of the organization due to his activism.

Dr. Foward was married to his lovely wife, the late Mrs. Jean A. Foward for more than 20 years and they have two sons (Troy & Donte), two daughters (Jayme & Letoia), three grandchildren (Te’Nayia, Ze’Niah & Rodriquez, Jr.) and three godchildren (Derrion McCurdy, Donovan Dumas & Taylor Dumas). His personal motto: If I can help somebody as I pass along, if I can cheer somebody with word or song, if I can show somebody he’s traveling wrong, then my living will not be in vain. “Move Forward With Foward”