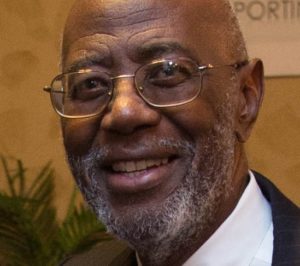 Jimma McWilson is Co-Founder of the FAMILY Empowerment Student Achievement Institute, which focuses on recognizing and awarding achieving students in Youngstown City Schools. He is the Director of the Campaign 4 African American Achievement and volunteers with the NAACP Youngstown/Mahoning County Branch and was elected 1st Vice President and appointed Co-Chair of the Education, Employment, and Social Justice Committee. Mr. McWilson has served as Co-Chair of the Ohio NAACP State Conference Education Committee and as Co-Chair of the Ohio State Conference Task Force on the Every Student Succeed Act and currently serves on the Ohio State Task Force on Best Academic Practice Models for Black Students. Mr. McWilson served as Executive Vice President/Chief Operating Officer and Director of the Campaign for African American Achievement of the San Diego County Urban League prior to moving to Ohio.

He served as a Corpsman in Vietnam, and upon discharge in San Diego extended his career in healthcare. He was Chief, Pulmonary Physiology Laboratory at University Hospital San Diego, Director of the Acute Care Laboratory in the Department of neonatology at Children Hospital, and worked as a consultant for many hospitals across the country as a specialist in Pulmonary & Clinical Laboratory Quality Assurance. He continues to organize parents, students and community members to empower them, and to hold the educational system accountable for the equal and equitable education of African American and others who have been victims of discrimination. Mr. McWilson is the father of 5 children, has many grandchildren, and one great grandchild. He is most motivated by his passion for his family and educating our young people, which ultimately has a direct impact on our community.