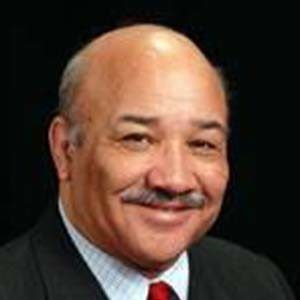 Tom Roberts is the President of the Ohio State Conference NAACP. Elected in September of 2017, and is currently in his third term innovating and recharging units across the State of Ohio.

Roberts has a long and dedicated history in leadership to the NAACP. In 2016, Roberts was elected Second Vice-President of the conference, and served in this role while simultaneously serving his appointment as the Political Action Chairman for Dayton Unit of the NAACP. President Roberts is a dedicated public servant as demonstrated by his service in both the Ohio House and Ohio Senate where he represented the people of the Miami Valley for over 20 years.

President Roberts is a 19-year employee of Sinclair Community where he serves as an advisor to the Sinclair Ohio Fellows Student Leadership Development program. The program helps students understand the concept of Servant Leadership. In 2015, Roberts completed a 6-year appointment as a Commissioner to the Ohio Civil Rights Commission. Additionally, Governor Kasich appointed President Roberts to the Ohio Collaborative Community Police Advisory Board (Ex Officio Member).

A featured keynote and public speaker, President Roberts helps to inspire youth, transformational leaders, communities, and organizations across the nation. President Roberts is a graduate of University of Dayton with Bachelor’s degree in Communication Arts and Chaminade High School. He is a lifelong resident of Montgomery County, Ohio.